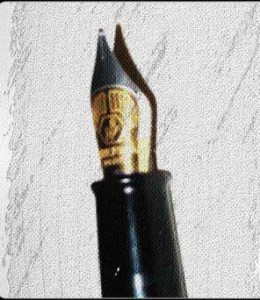 I live in Australia and have been writing for forty years including short fiction stories for various Australian and US magazines and some non-fiction articles. I’m a web and graphic designer in addition to being the chief editor and owner of the AUSXIP News and Multimedia Network of sites.

I’m not much into talking about myself but I can go on about my writing and the characters that spring forth out of the ether.  When I’m not writing, reading, creating art or designing new sites (and sleeping), I travel when the travel bug hits and I’m always on the lookout for new adventures. You can find my AUSXIP site  at www.ausxip.com.

In 2015 I opened the doors to my own publishing company AUSXIP Publishing – I’m a great believer in the notion that you must get your hands dirty if you want to create something special. So having had experience with previous publishers, I felt the time was right to get in and do it myself. As one of my characters, Zoe, likes to say – Jumping off the cliff and enjoying the ride.

I’ve had one particular story in my head since I was fourteen years old. Two people have been inspirational to me regarding the storyline and the time period. My grandfather, Kyriakos Mitsos, told me stories of his town that was occupied by the Germans during World War II and it was horrific but it was also a story of courage for those who opposed. There were many who fought against the Nazis; some lost their lives to save others.

At the tender age of ten I was befriended by a courageous woman who lived next door. Her name was Evelyn Elephan. She was a survivor of Auschwitz. As a child I was unaware of what she had gone through but into my teenage years I asked questions as to why she had a tattoo on her arm and what it meant. Mrs Elephan’s response was to give me a book called “I Am Rosemarie” by Marietta D. Moskin.

It was the story of a 16 year old growing up in a concentration camp; teenager who was around the same age as me but in a very different time. That book had a profound influence in my life. I’m not Jewish and I was not aware of the Holocaust; a child of the 1970’s and blind to what had transpired in the 1940’s. It opened my eyes to what had happened during that time. That book led me to other books that gave me an insight into what my courageous friend had been through. A thousand questions bubbled forth and a thousand questions were answered by this remarkable woman.

When I was ten, Mrs Elephan asked me what I wanted to be when I grew up; quick as a flash I told her “a writer”. When my first book was published in 2001 I remembered those words and sent a silent thank you to the woman who believed in me and who told me that I could make it happen. Mrs Elephan passed away before my first book was released. I also wrote In the Blood of the Greeks in part to my grandfather who lived through that occupation and in part to Mrs Elephan who survived Hitler’s Final Solution. On doing research for this book I discovered the horrific details (if the extermination of six million jews wasn’t enough) of systematic torture of not only Jews and others the Nazis deemed subhuman but the brutality shown to homosexuals. I decided to combine the story of the occupation, the Jews and two brave women who survived it all.

These novels are not horror stories but how two women survived. It is the story of a love two women found, of courage and of faith. It’s a story of triumph of the human spirit. I have listened to many real life Eva and Zoe’s who not only lived through that most horrific time in our history but also survived but found love and happiness. In the Blood of the Greeks does not dwell on the worst the Nazis could do/had done but on the hope of what was possible; of priests and villagers risking their lives to save fellow Greeks; irrespective of whether they were Christians or Jews.

In the Blood of the Greeks – the first book title was taken from the Greek National Anthem which in part reads: And we saw thee sad-eyed, The tears on thy cheeks While thy raiment was dyed In the blood of the Greeks. Read the full version here

Originally I planned on writing one book…my characters had other ideas and thus the Intertwined Souls series was born.

Book 1: In The Blood of the Greeks
Book 2: Where Shadows Linger
Book 3: Hidden Truths
Book 4: Awakenings
Book 5: No Good Deed
Book 6: Nor The Battle To The Strong

Book 1: Surviving The Peace
Book 2: Displaced In The Land of Pharaohs

I have no idea when this will stop!

My passion is writing and telling a good story.

If you are still reading this and have come to the last line…thank you!

Come on, jump off the cliff with me and see where we end up!