Modern Medicine and the Great War Smithsonian Exhibit Till Feb 2019!

The Smithsonian has a super exhibit running from April 6, 2017 to February 3, 2019 about Modern Medicine and the Great War

This display explores the ways medicine was applied on the battlefield as well as highlighting important wartime advances in medical science. World War I provided a testing ground for the application of new medical technologies and procedures and, in some cases, accelerated their general acceptance or development in a much wider context. Simultaneously, wartime medical practice reflected the larger concerns and prejudices of early 20th century America as the country coped with the ever-changing complexities of modern industrial society.

About the Artifact Walls

Artifact walls, consisting of 275 linear feet of glass-fronted cases lining the central first and second floors, highlight the depth and breadth of the collections. They reflect the Museum's core mission to collect, study, and exhibit objects from our nation's rich and diverse history. This display is one of the special cases that highlight anniversaries, views into the collections, and research findings. 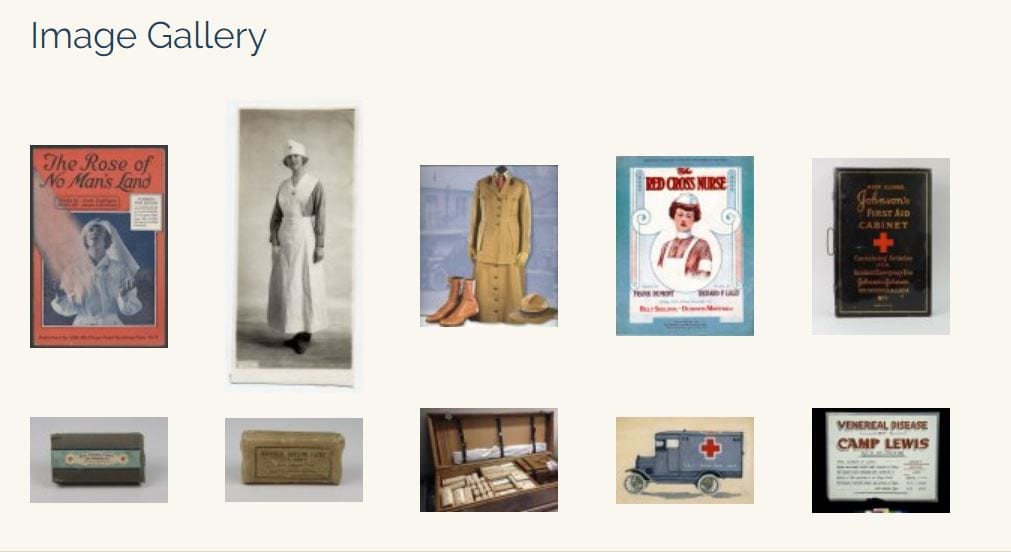 In April 1917 the United States entered a world war that had already claimed millions of lives and left millions more disabled by wounds or disease.

Health and fitness were central to building a strong military force, and sick and wounded soldiers required treatment to return them to the fight. The task ahead was enormous, but developments in science-based medicine—such as identifying microorganisms as the cause of diseases and developing sterile surgical procedures—gave medical practice increased prestige. Armed with new technologies and scientific methods, medical leaders were confident that health could be measured, disease prevented, and wounded bodies restored.

The war would put these ideas to the test on an unprecedented scale and under the most difficult conditions. Medical practices developed during the war changed the country’s approach to health care in ways that continue to affect us today.