On This Day: 30 May 1941 Two Teenagers Scaled The Acropolis and Removed the Nazi Flag 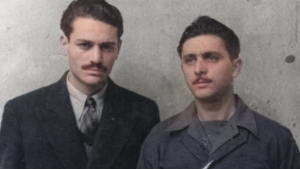 This is such an amazing story of bravery. On the evening of May 30, 1941, two teenaged Greek boys, Manolis Glezos and Lakis Santas, climbed up the Acropolis and took down the Nazi flag.

How did this brave act of resistance against the occupying army in Greece during WWII come about? The Greek Herald finds out:

The daring plan to remove the Nazi flag from the Acropolis was born one dusk evening in Zappeion as Glezos and Santas looked up at the archaeological monument and saw the flag waving in the breeze. They went to the National Library and read everything about the Acropolis until they realised the only route they could take to avoid capture by the German guards was through the Pandrosi Cave. On the morning of May 30, 1941, Glezos and Santas were informed by radio that Crete had fallen and they made the decision to implement their plan that night. 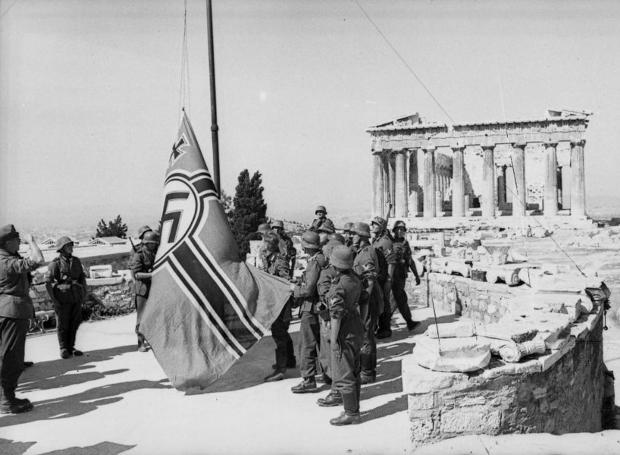 The two young men had no weapons, only a lantern and knife. They jumped the wires, crawled through the cave and upon reaching the flagpole, they removed the huge flag which measured 4 x 2 metres. Glezos and Santas quickly escaped with the flag.

The next morning, when the German guards realised the flag had been removed, they began interrogations and quickly replaced it with a new flag. Glezos and Santas were sentenced to death in absentia, the men of the guard were executed, the Greek commanders of the police stations in the area were relieved of their duties, while the Acropolis guards did not find any incriminating evidence.

They were never caught.