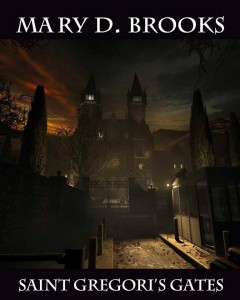 The Journey Series is a new series of novels based on the characters of Dr Stella Nikas-Lambros and Theresa “Tessa” Mitsos. It's a historical lesbian romance set during the early 20th Century (1919-1920) with supernatural/paranormal elements.

Saint Gregori's Gates is the first book in the series dealing with Stella and Tessa and their journey that leads them to the events in Hidden Truths.Saint Gregori’s Gates(Tentative Title)

Dr Stella Lambros has spent the last two years mourning the death of her beloved husband who died on the Skra battlefield. The Great War claimed the love of her life. It’s time for her to reach out and help the people her Timothy was helping before the war. Stella begins her internship at the Saint Gregori Insane Asylum in Athens where being a woman has it’s own challenges in a male dominated world.

Conservative is not how you would describe Stella Nikas-Lambros– outrageous in dress and demeanor. She’s a breath of fresh air in the wards filled with despair. Against policy of not befriending the patients, Stella reaches out to a young woman, Tessa Mitsos, who is confined to the asylum, at her own request. Together they work towards finding the reason for Tessa’s extraordinary mental powers.