Last week I was interviewed by the Indie Book Butler and one of the questions was What do you want to achieve most from your writing? I responded by saying I want my readers to have a visceral response to what they were reading.

I’m fortunate that I have such interesting readers who get emotionally invested in the characters (just the way I like it!).  There are two emails/comments I would like to share with you about aversions treatments (I refuse to call it therapy because it’s not, it’s torture) and the use of electroshock to treat depression.

I received the following email from Sue that I found so profoundly moving. I asked if I could share it on my site and she agreed:

Please note: I was going to use some real images of the procedure but chose to use images of “Eva” from the upcoming Intertwined Souls Promo. 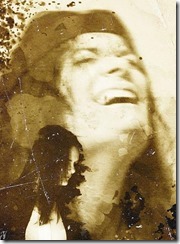 My Visceral Reaction to a Mary D. Brooks Story

It was springtime 1960 and I was a twenty-year old student in my last few months before graduation from nurse’s training. I was doing my psychiatric nursing rotation on the second floor of the hospital’s new wing, the psych ward. The elevator opened up onto the open ward and I turned right to the nurse’s station. My assignment for the morning was to assist the psychiatrist in the administration of electroshock therapy. The treatment room was in the locked ward area a few feet from the nurse’s station. I was excited to at last see this treatment that we had discussed in the classroom.

The workings of the human mind had fascinated me since my sophomore year in high school when I took a course called Psychology which the school principal had taught. He gave us a list of twenty books on psychology, all that the school library held. Our assignment was to read four and write a book report on each. I read all twenty. In them I found learning treasures. The books gave me descriptions, explanations and names for behaviors that I was vaguely aware of but had no framework of knowledge to understand or identify. Now five years later I was learning psychiatric nursing skills.

Another student and I took the gurney to the patient’s room, put her on it and placed the restraining strap around her abdomen. She was quite as we moved her to the treatment room. The doctor was standing by the electrical current control box and we positioned the gurney with the patient’s head by the box. The nurse in charge stood by the woman’s left arm. I stood by her right arm and the other student stood at her feet. The doctor applied the gel to the woman’s temples, then the electrodes. He checked the dials on the box and nodded to the nurse. She placed a padded tongue depressor in the woman’s mouth and told her to bite down on it. The nurse nodded to me and the other student. We each took a firm but gentle grip on the woman’s extremities. The doctor pushed a button on the box, the woman jerked and convulsed briefly. The doctor disconnected the electrodes. The nurse removed the tongue depressor from the now comatose patient’s mouth and wiped the gel off her temples. We returned the patient to her bed, raised the head of the bed and put up the bedrails. Then we moved on to the next woman scheduled for electroshock treatment. In my naivety, I never once consider the societal implications of this mental health treatment.

In the following years I settled into my role as wife and mother, almost! I became involved in the feminist movement attending consciousness raising meetings, working in the women’s political caucus and going to seminars on women’s issues. I often thought and voiced my opinion that women were treated as objects, not humans, to be

controlled, especially in the field of mental health. I remembered my observations of the women patients that I had worked with in psychiatric nursing. I looked around me and saw the executive wives zoned on Soma. I did not want to be where I was. I begin graduate studies in counseling and part of the training was my own counseling. I studied human sexuality and attended the seminars. I started to remember incidents from the past when I would have unusual feelings around women. I even recalled a time in high school at a slumber party when I had an urge to kiss a friend. These types of feelings were not discussed in the high school Psychology class or books. I had suppressed the feelings as being crazy thoughts. I begin to realize that maybe I was not heterosexual. One evening, after fifteen years of marriage to a man, I spontaneously kissed a woman friend. The sparks flew and I knew I had never felt that way. I filed for divorce, moved out and started to learn about the love of my life.

Thirty-seven years have passed. We have grown old together and recently married. A few days ago I was reading Hidden Truths and the description of Theresa’s drawing of Eva receiving electroshock in 1942 as part of her aversion therapy. I stopped reading, laid the Kindle down and stared out the window. I was reliving the brutality of what I saw in that treatment room fifty-five years ago. OMG that could have been me or my beloved. Our relationship has stayed hidden for all these years except to a very few out of the reality of homophobic and anti-Semitic retaliation. I had not thought of retaliation in the form of aversion therapy. I felt nausea, anger and fear.

and we had a discussion over email about how effective electroshocks were in treating depression (it was a legitimate treatment) (to relate this to the novel “In the Blood of the Greeks” – Eva underwent electroshock therapy for her depression (or melancholy as it was known back in the 1930’s) in addition to the aversion treatments. One was legitmate and the other was torture.

Sue sent me the following information about the treatment:

From my nursing school textbook, Introduction to Psychiatric Nursing by Marion E. Kalkman, R.N., M.A., 1958. “Shock therapy in the treatment of psychiatric patients seems to go back historically to the old idea that the way to cure a madman was to shock him into his senses.” “Why the treatment works and how it works are not known.” “ It has proved particularly effective in the treatment of depressions…” “Perhaps the most distressing sequel of electroshock treatment to most patients is the temporary impairment of memory.” “Since the effect of electroshock treatment is to help the patient repress his conflict, the efforts of the nurse should be to help the patient socialize rather than to assist him in gaining insight into his illness.”

Edgar Miller, “Psychological Theories of ECT: A Review,” International Journal of Psychiatry, Vol. 5, No. 2, Feb.1968. “ECT has its effects by assisting the process of repression… through the mechanisms of regression to infantile behavior, through fear induced by the treatment, or through regarding the treatment as punishment.”

“The most consistent result of ECT is the impairment of memory which may vary from mild forgetfulness to severe confusion.”

“Shock Therapy Makes Return In Treating Depression” April 9, 1995. “One could list hundreds of physiological measures that change during ECT, but which ones are related to its therapeutic effect remain to be seen,” says Dr. Matthew Rudorfer of National Institute of Mental Health.

“Electroconvulsive Therapy: What It Is, How It Works and Who It Helps” Oct. 29,2014. “Sophisticated neuroimaging techniques have shown scientists that ECT changes and re-regulates neuronal circuits that are disregulated during depression…” “It also clearly releases the neurochemicals that control our moods in a way that’s similar to, but more powerful than, the antidepressant medications…”

That’s  a look through the years as to how electroshock works. Today’s method of administration is more humane as they give the patient anesthesia and muscle relaxant before the electroshock.

I’ve been fascinated by the human condition for as long as I can remember and It astonishes me how someone could undergo such torture (aversion treatments) and still be able to function. This leads me to the second part of this discussion with a dear friend Dr Patricia Saunders which I will post in the next update. A fascinating look at PTSD, aversion treatments and the psychological effects it has. I spent some time with Dr Patty at the 2015 Xena Convention in Burbank – to say I had so many questions is an understatement. One of the most fascinating conversations I’ve ever had.

Stay tuned! Many thanks to Sue for contributing that incredible story.