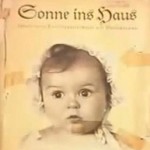 Sometimes a story comes along that you just have to smile about. We all know the story of how the Nazis wanted the perfect Aryan race and the horrific methods they used to create this new society. This article (originally posted in the NY Post) proves that not even the Master of Propaganda Goebbels knew what an Aryan baby was supposed to look like OR he was having a bad day and just rushed something. Either way seventy nine years later, the truth comes out.

A BABY in a photo chosen by Nazis as the perfect Aryan baby has been revealed to in fact be Jewish, not German. Hessy Taft, who was six months old when the picture was taken, found out about the photograph after an aunt recognised her on a postcard, the Telegraph reports.

But apparently the Nazis had no idea that the precious baby they deemed the “perfect Aryan” was actually a descendant of the House of David.

Taft lived with her parents, Jacob and Pauline Levinsons, in Berlin during the height of the Nazis’ takeover in 1935. While anti-Semitic attacks were taking place all over the city, her mother decided to have a well-known Berlin photographer take her picture. Months later, she found out that the Nazis had thrown the picture on a cover of Sonne ins Hause, a major Nazi family magazine.

Scared of being noticed by others, Taft’s parents hid her away inside their home, hoping her secret would never be known.

They angrily confronted the photographer, Hans Ballin, asking for an explanation. But, unbeknownst to her parents and the Nazis, Ballin had known that Hessy was Jewish, and submitted the photo to the most beautiful Aryan baby contest on purpose.

“I wanted to make the Nazis ridiculous,” he told Hessy.

The picture ended up winning the contest, and was even thought to have been specifically picked by Nazi propaganda minister Joseph Goebbels.

“I can laugh about it now,” Taft told Germany’s Bild newspaper. “But if the Nazis had known who I really was, I wouldn’t be alive.”

During a presentation of the Yad Vashem Holocaust Memorial in Israel, Taft showed guests a Nazi magazine that featured the picture on the cover. The one-time Nazi poster child is now a professor of chemistry in New York, and admits that it was nice knowing that she helped put one over on the Nazis.

“I feel a little revenge,” she said. “Something like satisfaction.”