New Book: In the Blood of the Greeks Companion Book 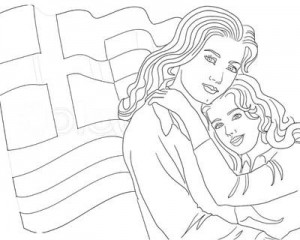 Just an update. Lucia Nobrega and I are working on the first Eva and Zoe coloring book but it's taken on a new angle. Henry will also be featured for the first time and Father H. In addition to it being a coloring book featuring E&Z, we've decided to include elements of Greece, some facts, some history, images of Larissa and other Greek places that are mentioned in The Blood of the Greeks. it's turning into quite an interesting concept. The first book will be focused on Greece (naturally). In The Blood of the Greeks: Illustrations, People and Places (I have to come up with a better name).